The Truth Behind BBQ Bark: What Causes It & How To Get More

There is no doubt that BBQ bark has long been the emblem of great barbecue. It’s what people fight over at any backyard cookout.

We all love that crusty goodness. If nobody is looking, we probably eat more than our fair share of it.

But have you ever thought about how it is made? What is really happening to your meat the whole time it’s inside the smoker?

Well, we’re going to learn more about the ‘barky bark and the crunchy bunch’ in this article.

BBQ bark is that deep, rich, mahogany brown “skin” that is chewy and crunchy on the outside of smoked meat. It’s the end result of a whole chain of chemical reactions, namely Maillard browning, protein polymerization, and a host of others.

Keep in mind that the bark isn’t charred. The dark rind that you see isn’t burned carbon. In fact, it’s the magic of BBQ low and slow. Heat, smoke, spices, and meat just work together in a mysterious way.

The name obviously comes from the wood bark, which is the outer layer of a tree. Rack Shack BBQ puts together a quick video that is all about the bark. Check it out below.

How Is BBQ Bark Formed?

Meanwhile, the fat inside the butt also starts to render, oozing out through the meat surface. Here, it meets the fat-soluble ingredients, forming a gritty and gooey paste. Combining that with the melting of the water-soluble compounds in the rub, we have the outer layer of the bark, a.k.a the spice crust (A).

A few hours later, the rub begins to dry and more of the meat moisture has evaporated. The protein underneath the spice crust clumps together, forming hardened polymers or the inner layer of the bark, called the pellicle (B). Then the Maillard effect or caramelization kicks in, slowly browning the two layers of the bark as a result.

All the while, smoke particles stick to the bark and gradually change its color, from a medium brown to a deep, rich mahogany. In addition to that, some of the gases in the smoke, such as nitric oxide or carbon monoxide, penetrate deep and react with the myoglobin in the meat, creating a beautiful smoke ring (C).

After these chemical reactions finish, what you’ve left is a flavorful and succulent piece of pork butt with a sweet and crunchy outside. Simply slice into it and have yourself a bite. Oh good Lord, that’s delicious!

So that’s the gist of it — what’s really happening during the bark formation. Now, let’s dig deeper into each factor that affects it, starting with the rub.

Most good BBQ rubs start with salt, pepper, sugar, and paprika. Then you can add onion powder, garlic powder, and other spices. The more ingredients in the rub, the more different, in terms of taste, texture, thickness, and consistency, the bark will be.

Only salt can get past beyond the meat surface. So other spices stay there and eventually become the bark. Keep in mind that acidic and salty rubs tend to form bark somewhat faster. Experiment and see which rub combination gives you the best bark.

As I mentioned earlier, the smoke is what gives the bark its unique color. The longer the meat is exposed to the smoke, the darker the color.

Don’t forget that different wood will give different colors. For example, hickory smoke creates a deeper color than mesquite smoke.

Besides that, the smoke also further enhances the flavor profile of bark.

Meat releases its moisture during cooking. This combined with water vapor from the smoke helps dissolve some of the ingredients in the rub, partially forming the spice crust of the bark.

Remember that enough moisture evaporation will lead the meat to a stall at some point along the cook. Here, you can choose to wrap the meat in foil, a.k.a the Texas crutch, to speed it up. However, wrapping might soften the bark as a result of braising inside the foil. Some folks choose not to wrap, but that will lengthen the cook.

Temperature Of Your Smoker

The most important variable you need to control in BBQ is the temperature of your smoker. Smoking your meat too low, the bark will not develop. Smoking it too high, it will burn the whole thing.

In my opinion, a good temperature range for a good bark is from 220F to 300F. I know that everybody says 225F. But in my experience tending the fire in the past couple of years, it’s not easy to stay at one spot for 6 to 8 hours. The temperature always fluctuates depending on many factors inside and around the cooker, not to mention the cooker itself.

Therefore, by having a temperature range, it gives you some margins of error to play with. After all, as long as the heat is there, the food will be cooked eventually. Just take it easy, drink some beer, and enjoy the process of BBQ low n slow.

The first objective of fat in bark formation is to melt the fat-soluble compounds in the rub. It’s also there to help wet the bark. But other than that, fat doesn’t play a big role in creating bark.

However, too much fat can impede the pellicle formation because it sort of prevents the heat from hitting the meat surface. The same thing is true with smoke ring formation.

So, the best advice is to trim away any excess fat. And leave just enough to help with the melting and wetting.

How To Get A Good Bark

In no particular order, here are a few things you can do to get a good bark.

And this is it. Everything you need to know about BBQ bark. It’s that deep, gorgeous, and crunchy rind that everybody always lust for. Bark is formed by a series of complex chemical reactions, happening between smoke, meat, spices, and heat.

There are many factors affecting the formation of bark. You just need to test each variable one at a time and see how the final bark is like. It might take a few tries but the end result is well worth it.

Do you have any tips and tricks on how to get a better bark? If yes, please feel free to share them with everyone here. We’re always looking to learn more from the BBQ community. 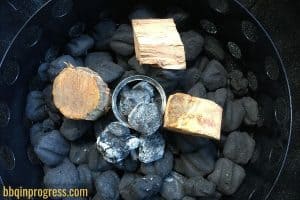 This is the ultimate guide for the Minion Method. You’ll learn what it is & how to set it up properly. Grab a drink, click through, and learn something new! 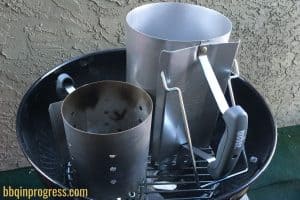